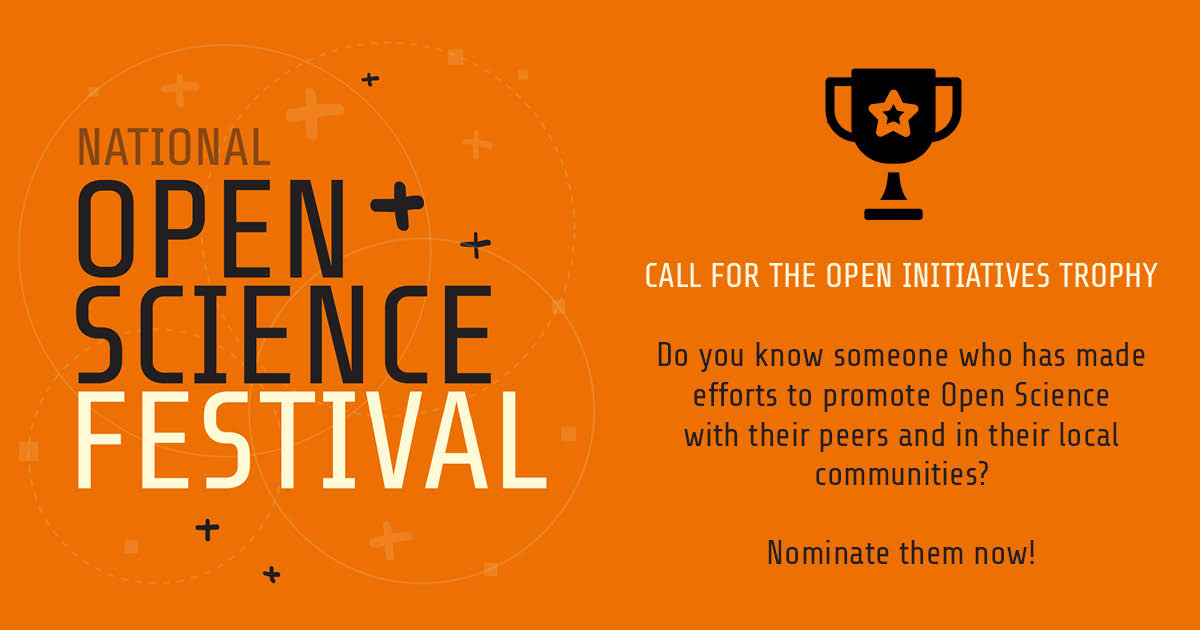 THIS CALL IS CLOSED

Do you know (or are you) someone who is involved in an initiative that has helped accelerate the adoption of Open Science? Then we would like to hear from you!

We’d love to learn about fresh new initiatives, but are also interested in the still going strong ideas.

The Open Science Festival programme committee will rank the submissions and grant a prize to the top three initiatives: 500 euro for the winner and 250 euro for the two runners up.

The winners will be announced  at the end of the online Open Science Festival on February 11th 2021.